Looking for Land to build that Dream Home? 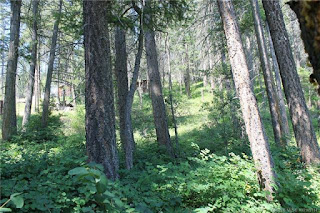 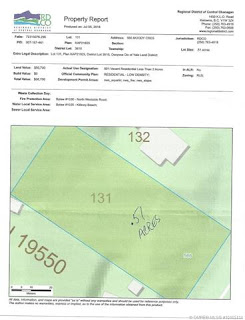 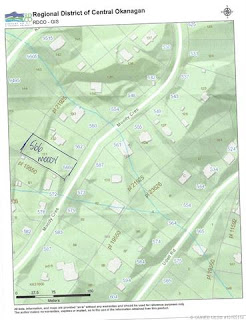 Life in the Okanagan. Own a property that is affordable! Close to the lake and hiking trails. Water & power to the lot, build your dream home or cottage. Close to LAKEFRONT park & boat launch. Short drive to Vernon or Kelowna. Located in the Killiney Beach area. Please call or text Steve Higgins RE/MAX Kelowna 250.864.7893

Posted by Steve Higgins at 19:10 No comments: Links to this post 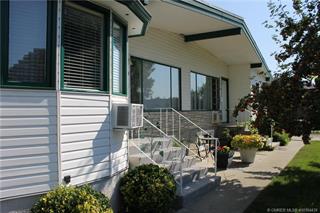 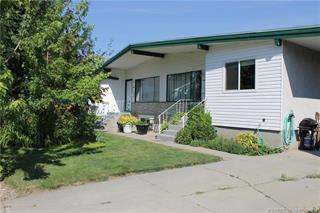 Looking for something to do this Summer, what about a Road Trip!

If you’re looking for a scenic drive in BC, you don’t have to go far here are some road trips for you. The top 5 scenic drives in BC that each feature a spectacular 150-kilometre (93-mile) stretch.

Smithers to Terrace and Prince Rupert along Highway 16

In Northern BC, Smithers and Terrace draw outdoor enthusiasts for salmon fishing, boating, and camping in the summer and skiing and snowmobiling in the winter. From small-town Smithers, drive north to the Hazelton's area, where you can learn about First Nations culture at Ksan Historical Village and Museum. Then follow Highway 16 west along the mighty Skeena River and take in the glorious Seven Sisters Peaks in the Seven Sisters Park and Protected Area. Here, you may spot everything from mountain goats to grizzly and black bears. The park is roughly 115 km (71 miles) from Smithers, but the roadside views continue another 85 km (53 miles) to Terrace. From Terrace to Prince Rupert, the drive is equally spectacular, with glimpses of tall waterfalls trickling down the mountains. This 145-km (90-mi) stretch curves along the Skeena River before opening up at the river’s mouth with expansive views near Port Essington. Then, all of a sudden, you’re at the Pacific Ocean in Prince Rupert. From the port city of Prince Rupert, you can charter a boat to go fishing for salmon and halibut if you’re lucky, on the way you can spot orcas and humpback whales from the boat, as well as seals on the rocky outcroppings. Or take a day trip to Khutzeymateen Grizzly Bear Sanctuary.

Vancouver to Whistler and Pemberton along the beautiful Sea to Sky Highway.

The name of the highway says it all: from sparkling ocean right on up to craggy peaks, this is one beautiful drive. Pull over at Porteau Cove for a view of Howe Sound on the 120 km (75-mile) drive from Vancouver to Whistler, or stop in Squamish and ascend high above the turquoise waters on the Sea to Sky Gondola. From Whistler, another 35 km (22 miles) brings you to Pemberton, a pastoral valley that rewards those who go the distance with golf, mountain biking, fishing, and more.

Osoyoos to Lake Country and Vernon down Route 97

North America’s longest continuous north-south highway crosses the United States/Canada border near Oroville, Washington, a short jaunt from Osoyoos, British Columbia. The following 150 km wind north through the fertile Okanagan Valley toward the summertime playgrounds of Kelowna and Lake Country. Stop for a refreshing dip in Lake Okanagan, go wine tasting through the area’s many vineyards, and continue to Vernon for paddle boarding on Kalamalka Lake. Along the way, brake for a snack at one of the many fruit stands piled high seasonally with ripe cherries, peaches, or apples.

Revelstoke to Golden along the Trans Canada Highway 1

Mountain majesty dominates this route, where you can hike through alpine flowers just a short walk from your car at Mount Revelstoke National Park. The 148 km (92 mile) stretch between Revelstoke and Golden traverses one of BC’s great mountain crossings: Rogers Pass. That’s where, in 1885, the Canadian Pacific Railway Company sliced through the Selkirk Mountains and connected the country from coast to coast. In the summer, learn more at the Rogers Pass National Historic Site in Glacier National Park. Then drive on to Golden for its river rafting, paragliding, mountain biking, and wildlife viewing. From Golden, it’s another 83 km (52 miles) to Lake Louise, Alberta, via Yoho National Park.

The Fraser River pumped life into the Gold Rush Trail back in the 1850s, when prospectors headed north to Barkerville to seek their fortune. You can experience gold rush history in 150 to 200 km (93 to 124 miles) starting in Hope. But first, take a quick detour to the Othello Tunnels, which are cut through solid granite, in nearby Coquihalla Canyon Provincial Park. Then follow the Trans-Canada Highway that hugs the Fraser north to Hell’s Gate, the deepest and narrowest point of the river. Here, you can take a dramatic air-tram ride over the raging waters. Continue north to Tuckkwiowhum Village, a First Nations heritage site near Boston Bar that offers lessons in Nlaka’pamux culture. Further on in Cache Creek, which once served as the halfway point for prospectors on their way to the Cariboo gold fields, you can go geo-caching to uncover your own treasures.

You can go wrong choosing any one of these road trips or all of them!

Posted by Steve Higgins at 17:11 No comments: Links to this post

Kelowna's new bike share pilot project is proving to be a huge success. Launched just a month ago, active transportation manager Matt Worona says the program has more than exceeded expectations. "In the first 30 days, we had 7,000 rides and 5,000 people have signed up on the ap," said Worona. The system will be more than double before the end of the month. They are going to move to 400 bikes. It's has now at 180. The additional bikes will allow the system to expand out from the downtown area. Dropbike is in the process of installing more than 25 new haven locations. This is a great way to explore Kelowna in an environmentally friendly way.


Posted by Steve Higgins at 15:40 No comments: Links to this post