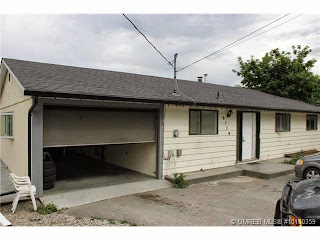 Posted by Steve Higgins at 20:23 No comments: Links to this post

Hottest April in BC for Home Sales in a Decade

Through out the province of BC the British Columbia Real Estate Association reports that there has been a total of 9,952 residential unit sales were recorded by the MLS in May, up 28.7 per cent from the same month last year. Total sales dollar volume was $6.3 billion, a 45.5 per cent increase in comparison to last year. The average MLS residential price in the province rose to $634,744, a 13 per cent increase since last May. Last month was the strongest April for home sales in a decade.

With the elevated level of the buying activity this spring, it is now expected to push 2015 home sales to their highest level since 2007. Consumers are taking full advantage of rock bottom interest rates and are demonstrating significant confidence in the housing market. However, with dwindling inventories combined with competition for detached homes in the province`s large urban markets is pushing home prices higher. During the first four months of 2015, BC residential sales dollar volume rose 37.1 per cent to $19 billion, when compared with the same period in 2014. Residential unit sales increased by 24.5 per cent to 30,091 units, while the average MLS residential price rose 10.1 per cent to $631,860.
Posted by Steve Higgins at 12:09 No comments: Links to this post 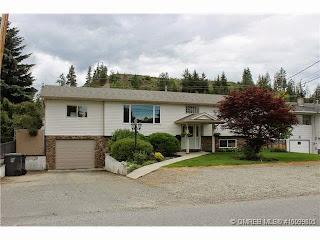 Posted by Steve Higgins at 19:17 No comments: Links to this post

Our April Housing Market is Strong and Steady!!

As expected, property sales continued to outpace last year with an 8.14% increase compared to April of 2014. Year to date, market activity is up 17.75% over this time last year. With fewer listings being taken in April this year, they were marginally down 1.18%. But, being of particular interest, are days on market which have dropped substantially averaging 85 days compared to 103 last year.
Single family homes year to date are averaging only 71 days on the market before they sell. Given the ongoing demand for housing in our Kelowna market with fewer listings coming on stream and taking less time to sell, the inevitable is starting to happen: prices are moving up. In the month of April, the average single family home sold for just over the half a million dollar mark at $501,288, up 7.05% over last year. The median increase was even higher at 8.08%. Condos so far this year also reflect a similar situation with the average price of $253,545 and only 91 days to sell. Some segments of our market, notably the entry level single family homes, are firmly in seller’s market conditions.

So far, the lower price of Alberta oil has not had an effect on our market activity. Albertans are back to making up 17% of our buyers but it is the local buyers that are driving our market at this time with the continued low interest rates and the positive consumer economic outlook. The recent historic election of an NDP government in blue Alberta will be interesting to watch and to see how the business community reacts.Within minutes of the NDP being declared winners of a majority government, I got a text from a friend of mine who said the time had now come to move to the Okanagan. I’m sure that was an overreaction but the baby boomers just keep retiring and keep looking for a reason to come to the beautiful Okanagan… Just like so many of us have already done.
Posted by Steve Higgins at 10:59 No comments: Links to this post