Season's Greetings, From the Higgin's Household to You! 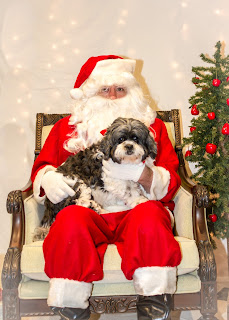 We would just like to wish all our client's, friend's and family a very Merry Christmas, Happy Holidays and a great New Year that is filled with happiness, health and prosperity for each and everyone of you. May all your hopes, wishes and dreams come true in 2016!
Posted by Steve Higgins at 18:45 No comments: Links to this post


While the benchmark qualifying rate for Canadian mortgages has not changed in the past eight months, offered or discounted mortgage rates at banks and by other lenders
have recently moved higher. The average 5-year rate offered by lenders has increased by about 20 basis points in recent weeks to 2.79 per cent and the discount from prime
lending rates on variable rate mortgages has narrowed from 60 to 40 basis points.
These increases are largely due to regulatory and other market structure changes that are pushing the bank's cost of capital higher.
While these recent increases are likely one-time adjustments, with the forthcoming normalization of US monetary policy will likely be a more persistent factor in determining future mortgage rates.

Given stable inflation and moderate economic growth in the Canadian economy, pressure from rising US rates will likely be the main source of upward pressure on mortgage
rates over the next year. They are forecasting that 5-year qualifying rate on mortgages will increase to 4.79 per cent in early 2016 before gradually rising to 5.11 by the end
of next year.
Posted by Steve Higgins at 14:20 No comments: Links to this post


The British Columbia Real Estate Association reports that a total of 8,032 residential unit sales were recorded by the Multiple Listing Service in November, up 34.5 per cent from the same month last year. Total sales dollar volume was $5.38 billion, up 56.4 per cent compared to the previous year. The average MLS residential price in the province rose to $668,317, up 16.3 per cent from November 2014.

Housing demand last month was the second strongest ever recorded for the month of November. You need to look all the way back to the market of 1989 to find more homes trading hands in November. The largest increase in consumer demand occurred in the Fraser Valley, where home sales climbed over 60 per cent from November 2014. Vancouver and Chilliwack experienced an increase of over 40 per cent, while Kamloops home sales were up 30 per cent. The year-to-date, BC residential sales dollar volume increased 35.4 per cent to $60.7 billion, when compared with the same period in 2014.