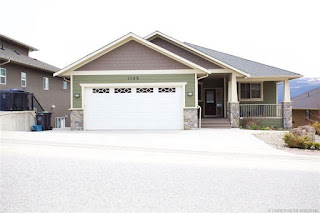 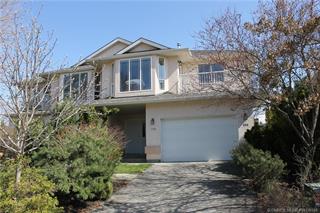 Large 3 bedroom, 2 bath townhome with 2 decks and a single car garage. This 1668 sq.ft. townhome is located in a family oriented area with schools close by.
Beautiful laminate floors through out. Kitchen is bright with a formal dining room. Large master with ensuite and walk in closet. Self managed strata. Roof recently done.
Showings after 1pm daily. To book a showing please call or text Steve Higgins RE/MAX Kelowna 250.864.7893

Posted by Steve Higgins at 17:19 No comments: Links to this post

What would a monthly newsletter be if we didn’t have some more government intervention into the housing market to talk about. I’m sure you have heard by now about the new Speculation tax announced by the BC NDP government. Calling this a speculation tax is, in our view, misleading. We already have a true speculation tax in Canada. It’s called capital gains tax. This new tax is really a wealth tax and in many cases punishes those who have scraped and saved to buy a vacation property years ago. They are not speculators. They are investors and vacationers who may now have second thoughts about having ties to BC. The NDP is calling it a speculation tax to get people onside with it. Unfortunately some only read the headlines and do not get the whole story. It’s easy to get people upset by blaming rising prices of homes on speculators. But our rising property values are increasing due to an influx of people wanting to move to Kelowna to raise their families, enjoy their retirement and plan for their future. True speculators are playing a small part in driving prices up, and actually, they will not be affected by this tax. A speculator buys to make a profit, they don’t buy homes and leave them vacant. They don’t hold properties for a prolonged period. The real issue is supply keeping up with demand. Cities and municipalities could help offset this by speeding up the approval process for new developments and increasing density in downtown neighbourhoods. When a development takes 2 or 3 years, or longer in some cases, to be passed, it only adds to the cost of the development the consumer ends up paying. This was a poorly thought out tax that will have many unintended consequences on tourism, employment, construction, retail and more. Enough about politics and taxes.
Let’s talk about our local market and see if these government measures announced in the past 6 months are starting to take effect. It’s hard to believe we are through the 1st quarter of 2018. Here are some of the highlights:
• The number of residential sales has decreased by 30.3% to 441 units for the month of March 2018 compared to 633 units in March 2017.
• Days on market has increased 18% to 53 days in March 2018 compared to 45 days in March 2017.
• The number of total listings has marginally increased from 1070 in March of 2017 to 1096 in March 2018.
• Year over year we have seen an upward trend in the average house price from an average house price in March 2017 of $640,969 to $734,197 in March 2018.
As we can see some of the numbers are starting to signal a shift in our market. We are seeing signs that are indicating we may be hitting our peak market. As we move through the next few months we will see if this is a small hangover from the mortgage stress test and new speculation tax announcements or if this is our new market reality.

Posted by Steve Higgins at 19:44 No comments: Links to this post