Now is the Time to Buy as Prices are going UP!

The British Columbia Real Estate Association reports that a record number of  residential unit sales were recorded by the Multiple Listing Service in April, there were 12,969 that is up 30.3 per cent from the same month last year. Home sales last month beat March’s record of 12,560 units. Total sales dollar volume was $9.64 billion in April, up 52.7 per cent compared to the previous year. The average MLS  residential price in the province was up 17.2 per cent year-over-year, to $743,640. The housing demand has been exceptionally strong across the southern regions of the province. Who doesn't want to live in the sunny Okanagan!! The consumers appear to be particularly active in the Thompson/Okanagan, the Vancouver Island, and the Fraser Valley regions.

Strong employment growth is helping boost the consumer confidence. The BC economy has employed more than 78,000 additional workers during the first four months of the year, that is an increase of 3.5 per cent compared to the same period last year. The year-to-date, BC residential sales dollar volume increased 64.3 per cent to $31.2 billion, when compared with the same period in 2015. Residential unit sales climbed by 36.2 per cent to 28,028 units, while the average MLS residential price was up 20.6 per cent to $761,860.
Posted by Steve Higgins at 16:07 No comments: Links to this post

If You want Lake Views then this is the Home for You! 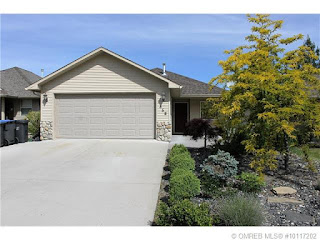 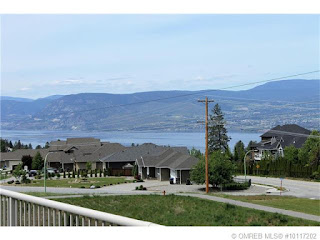 Posted by Steve Higgins at 17:41 No comments: Links to this post